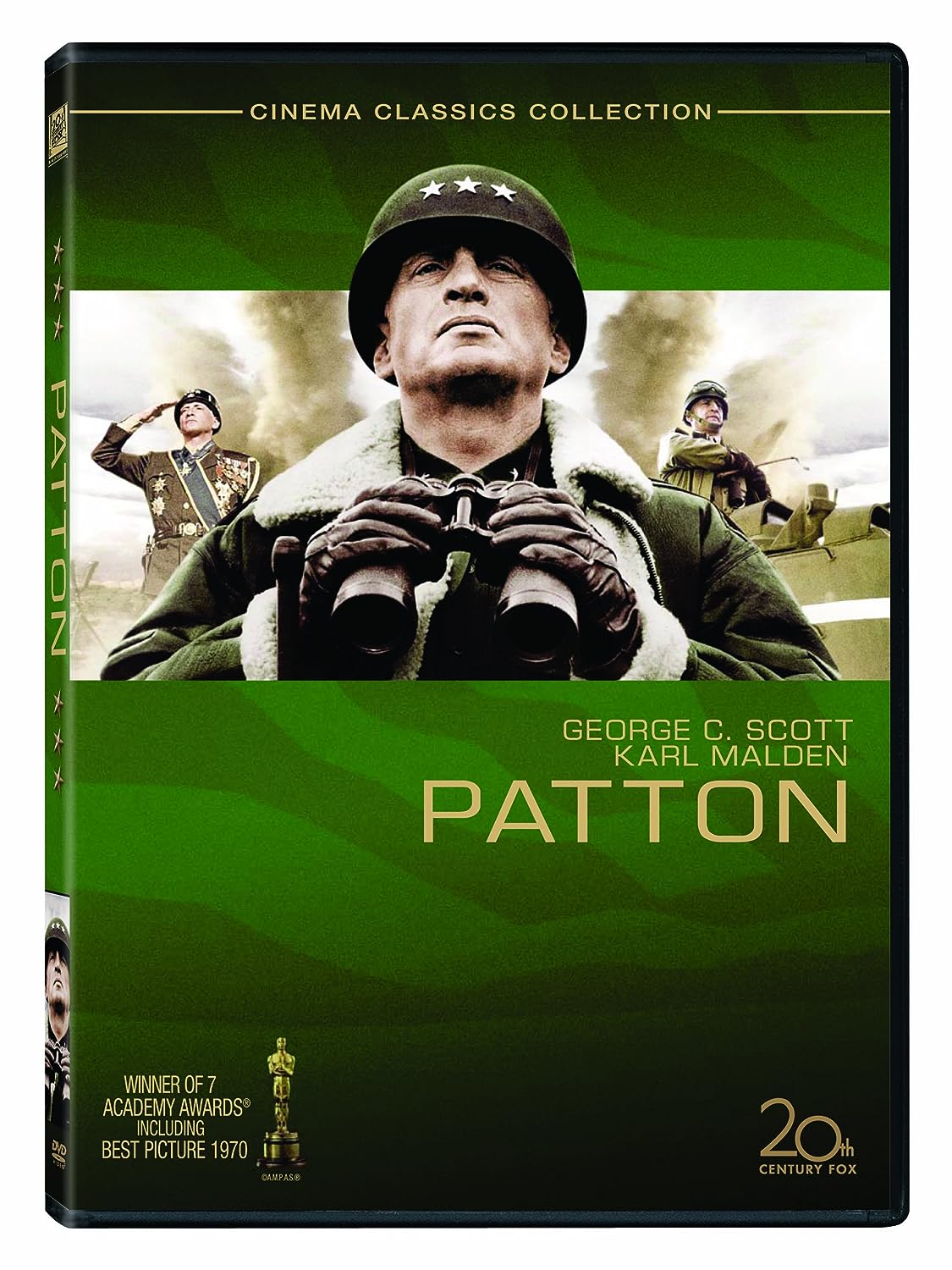 Released in 2006 as part of Fox's Cinema Classics Collection, this deluxe two-disc set of "i"Patton is a worthy replacement for all previous DVD releases of Franklin J. Schaffner's OscarÂ®-winning film. All of the bonus features from Fox's previous DVD release are included here: Patton is presented with superior image and sound quality (it was one of only two features shot in the "Dimension 150" 70-millimeter format; the anamorphic 2.35:1 aspect ratio of previous DVDs has now been corrected to 2.20:1), and the 50-minute documentary "The Making of Patton: A Tribute to Franklin J. Schaffner" remains a thorough examination of the film's production, including abundant behind-the-scenes footage, camera tests, and 1997 interviews with producer Frank McCarthy, composer Jerry Goldsmith, cinematographer Fred Koenkamp, Fox executive Richard Zanuck, and others including Oliver Stone, who makes the controversial assertion that several viewings of "i"Patton led President Richard Nixon's decision to bomb Cambodia during the Vietnam War (in turn leading to the genocidal rise of the Khmer Rouge). The combination of archival footage and interviews results in a concise examination of Schaffner's career as a much-admired "gentleman's gentleman," and the film (along with Planet of the Apes) that he'll best be remembered for.

"p" The new features are even better. On Disc 1, "i"Patton cowriter Francis Ford Coppola provides an interesting introduction, explaining how (as a military school dropout in his mid-20s) he was assigned to write the film, feeling it necessary to satisfy audiences by addressing all aspects of Gen. George S. Patton's volatile and contradictory nature. Coppola's feature-length commentary goes further in explaining his approach to the screenplay, including the now-classic opening speech, which Fox executives originally disliked, leading to Coppola's dismissal and the hiring of cowriter Edmund H. North. The commentary loses momentum in mid-film, but Coppola livens up during the film's final hour and recalls plenty of relevant details about his original screenplay, along with anecdotes about the production and cordial acknowledgements of North's contributions. Disc 2 opens with "History Through the Lens: Patton--A Rebel Revisited," an excellent 90-minute documentary that thoroughly compares the film to the facts of Patton's career, arriving at the conclusion (supported by Patton's own descendents) that the film is a remarkably accurate depiction of Patton's larger-than-life persona. The 46-minute documentary "Patton's Ghost Corps" is a riveting, sometimes heartbreaking celebration of the 94th Infantry in Patton's XX Corps, who were abandoned in Germany while Patton pursued glory on other fronts. Many were unnecessarily killed, and in interviews taped in 2005, surviving members of the 94th understandably hold Patton responsible while expressing complex feelings (praise, damnation, and everything in between) for Patton's brand of leadership. It's obvious that many of these brave men are still haunted by their battlefield memories. Disc 2 is rounded out by two photo galleries: The production gallery is accompanied by Jerry Goldsmith's complete OscarÂ®-nominated score, and the behind-the-scenes gallery is accompanied by a 53-minute audio essay (carried over from the previous DVD release) in which Patton scholar Charles M. Province thoroughly explores the film's historical accuracy, along with authoritative biographical details about Patton's life and military career. Both educational and entertaining, all of these features make this Cinema Classics edition of Patton an essential edition to anyone's war-movie collection."i"--Jeff Shannon

Register to receive a 10% discount. A 15% discount is also available for parishes, schools & institutions. All offers and discounts are valid for orders placed on the website only
New Products View All
Calendars & Diaries for 2022 View All
Year of St. Joseph View All
1st Communion / Confirmation View All
Featured Products View All