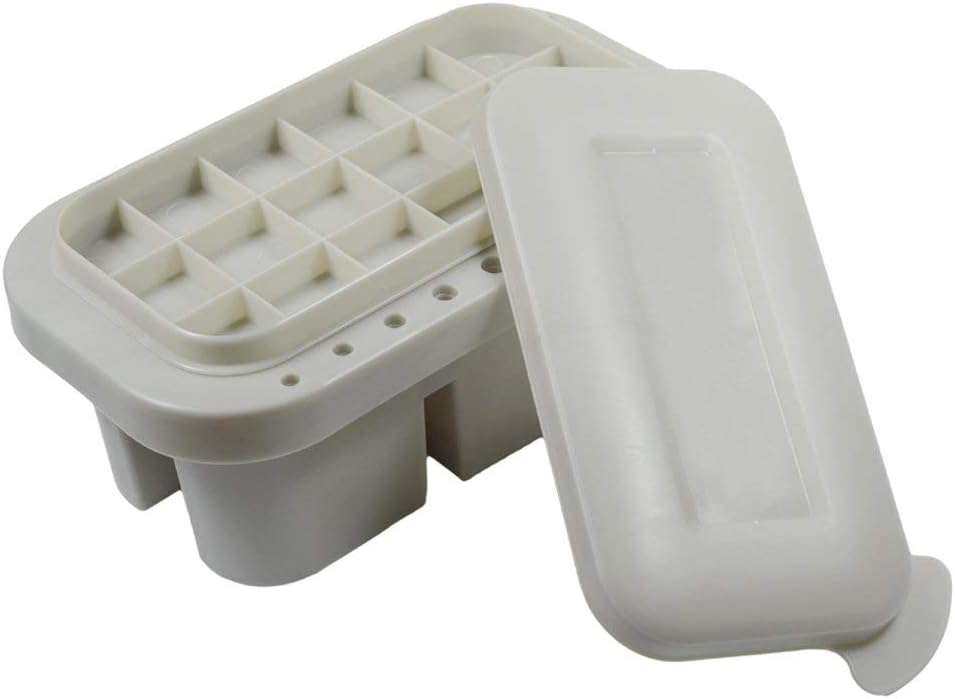 This paint brush basin is a rectangular shaped tub which includes a lid that serves as a 2 in 1 paint saver and sectioned watercolor palette. The tub has 3 watercolor chambers including a large, long cleaning area with graduated height ribs for thorough, easy cleaning. Graduated brush rests keep brushes suspended in liquid without crushing bristles.