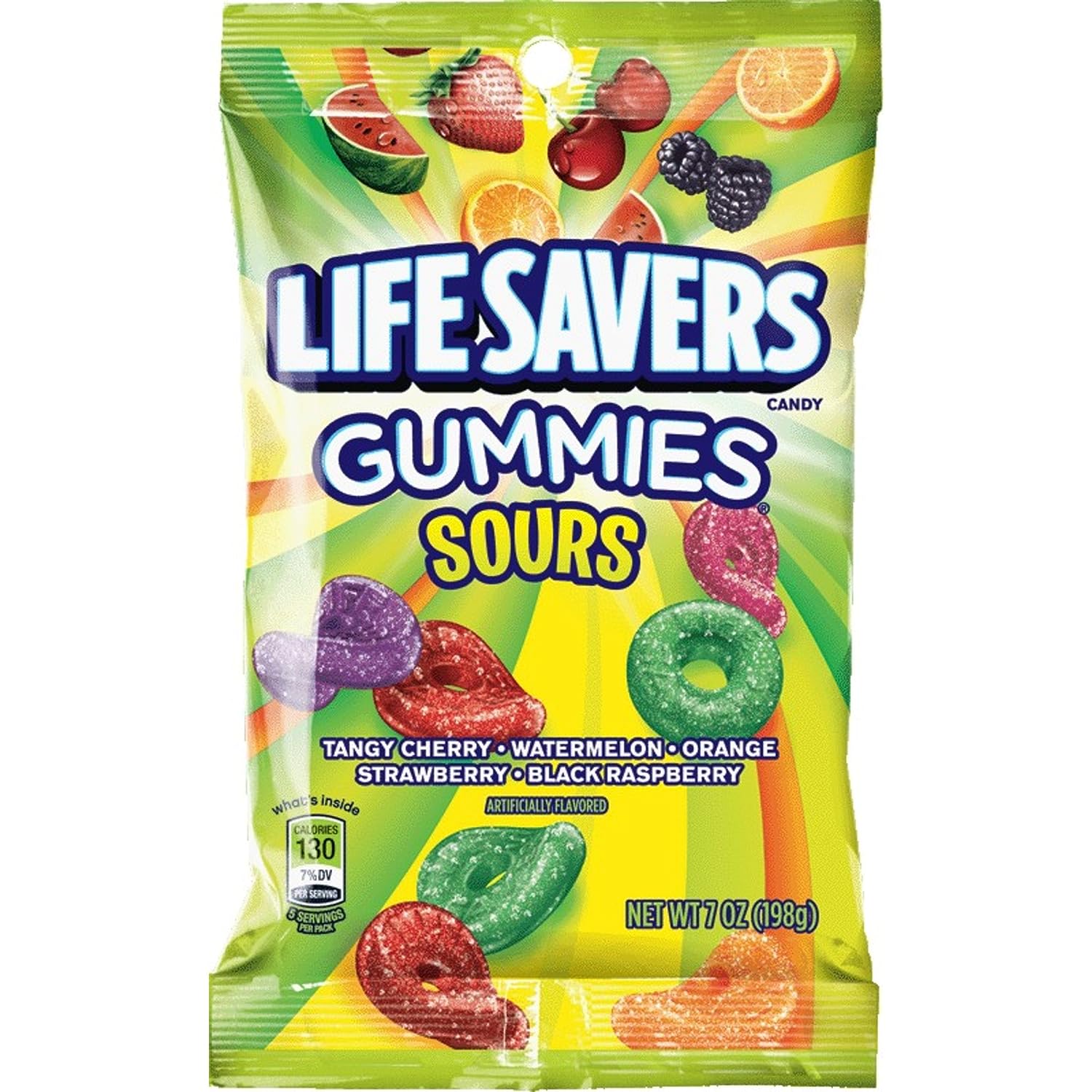 "li" Gummy candies that are a hole lot of fun "li" Great for lunches, snacks, or to share with friends "li" The classic American candy, originally designed to resemble a life preserver "li" Package includes 7 ounces of Life Savers Sours Gummies gummy candies in a bag.

5 Fruity Flavors for Every Occasion